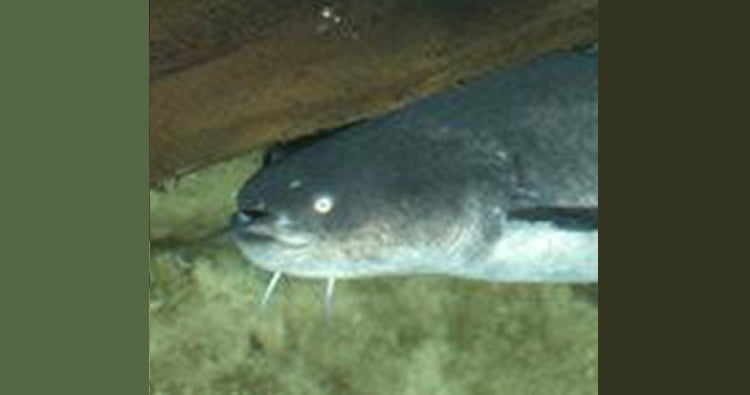 Hayley Stevens interviews a candidate for our notorious lake monsters

The wels catfish can live for at least thirty years and can grow to incredible sizes, with the largest on record having been nine foot and one inch in length.1 This particular fish was found in Italy where warmer living conditions will allow the catfish to grow so well. More typically, a wels catfish will measure in at between 1 and 1.3 metres in length. There have been reports of larger ones being sighted or caught but these are thought to be inaccurate measurements, or sturgeon mistaken for catfish.

It was with these facts in mind that I became very confused while on a recent trip to Lake Windermere and Loch Ness to research lake monster sightings. Numerous people in both areas cite the wels catfish as a popular and credible explanation for monster sightings despite there being no evidence of wels catfish being present in either body of water.

I visited Lake Windermere with Joe Nickell to research the sightings of the lake monster nicknamed ‘Bownessie’ and it was as we spoke to one of the eye-witnesses, a hotelier named Thomas Noblett, that I first heard it suggested that a wels catfish could be the cause of Bownessie sightings. 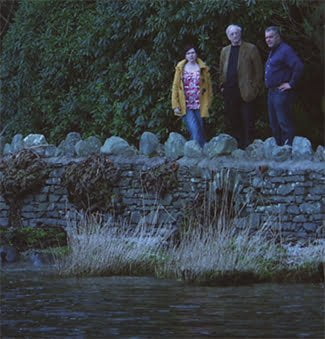 Noblett had been swimming across lake Windermere early one morning, accompanied by his colleague Andrew Tighe who was in a rowing boat when they report that a mysterious wave came out of nowhere, hitting both swimmer and boat. They both explained that there had been no boats on the lake prior to or during their journey, and that they hadn’t seen anything in the water as it passed behind them both.

Could it have been a wels catfish? Both Thomas and Andrew seemed to think this was plausible because a friend of someone they knew claimed to have once seen the carcass of a wels catfish on the shore of Lake Windermere; also there is a rumour that an aquarium released two catfish into the lake in the not-so-distant past.

This didn’t strike me as convincing evidence that a wels catfish was the cause for the mysterious sightings. I had previously spoken to Dr Ian Winfield who has been studying the ecology and management of freshwater fish in Windermere since 1990 for The Centre for Ecology and Hydrology (CEH) in their Lancaster facility. During our conversation Dr Winfield suggested that if a creature of quite some size is being seen and misidentified as some sort of monster it could simply be a large pike.

Winfield also mentioned that another possibility – that somebody has illegally introduced a catfish into Windermere. This is something Anglers have been noted to do in other lakes; however Dr Winfield was quick to point out that catfish have never been documented in Windermere.

During my visit to Lake Windermere I visited Lakes Aquarium and spoke at length to the Education Officer, Dave Conway, about numerous ideas surrounding the Bownessie sightings and experiences. We spoke about the wels catfish rumour and he explained that he too had heard that an aquarium had released two individuals, but he wasn’t certain that this was true, nor knew where the rumour had come from. Conway then told me that until a year ago the aquarium had owned two wels catfish that were three and five foot in length. The fish had outgrown their tanks and had been donated by the aquarium to a local golf course which had placed the fish in their pond.

Could the rumour of the released catfish have developed from local speculation about where the two catfish at the aquarium had gone?

When we left Windermere and headed towards Drumnadrochit in Scotland to begin our research into the Loch Ness Monster case, I thought we had left any mention of the wels catfish behind. Indeed the species of fish didn’t come up in conversation until the second day of our visit when Joe and I were sitting in the Loch-side home of Steve Feltham, who lives in his van on Dores Beach on a permanent look out for the Loch Ness Monster. He makes money by selling models of ‘Nessie’ to tourists (I have one sitting proudly on my desk). When you hear about Steve you would be inclined to think that he is on a fool’s errand, but once you meet him and start to listen to his story you realise that he is a man who has incredible insight into Loch Ness and the many mundane things that can, and are, mistaken for some sort of beast in the water.

He spoke to us about the usual culprits such as drift wood, large fish, otters, seals and the wakes created by regular boat activity. He told of the numerous times he has been forced to tell an excited tourist that what they’d captured on their mobile phone was actually just the delayed wake of the regular tourist boat heading back to Inverness after visiting the shore near Urquhart Castle.

It all made good sense, and then Steve mentioned that he thought Nessie sightings could be caused by a small number of wels catfish in the Loch and my heart sank slightly. I didn’t know as much about the ecology of Loch Ness as I do about Lake Windermere so I made a note to fact check this claim when I returned to our hotel that night.

Steve reasoned that a wels catfish can live up to one hundred years in good conditions and can grow to be quite large. A mature individual introduced to Loch Ness in the 1930’s – when sightings were at an all-time high – would have only died within the last ten years, and could account for a number of sightings in that time. There was good logic behind this line of thinking, but it would only be logical if wels catfish were physically present in Loch Ness.

Prior to visiting Steve Feltham in his research van we had visited the Loch Ness Exhibition & Visitor Centre. It is one of the most inspirational places I have visited and I would thoroughly recommend that anyone visiting the area takes the time to visit the centre and see the superb work that Adrian Shine and his team have put in place.

Using a mix of lasers, digital projection and special effects, the walk-through tour is insightful, and provides you with the facts about the research into the Loch Ness mystery while also introducing the audience to the bigger picture by touching upon such themes as the ecology, geology and environmental history of Loch Ness. I guess you could say that the Loch Ness Exhibition Centre is an example of how skeptical outreach works best and Adrian Shine and his team help champion a rational approach the Loch Ness Monster case.

When we returned to our hotel after visiting Steve I contacted Adrian to see if he knew anything about the possibility of a wels catfish causing Loch Ness monster sightings.

“There is no evidence of the wels in Loch Ness any more than there is any evidence of my favourite (candidate) – sturgeon. Both theories originated as our attention focused more and more upon fish candidates among the reducing possibilities of any real unusual creatures being the cause of sightings. In neither case is there any proposal that breeding populations need be involved. The small juveniles would surely have been caught by anglers and there are problems with food resources in such an unproductive loch.

In the case of sturgeon, a single navigationally challenged individual might enter from the sea, cease feeding and fail to find a spawning partner. It would then return to the sea having caused a few sightings. In the case of the wels which, of course, is a freshwater fish, Dick Raynor’s proposal was that an individual or two might have been introduced by man into the catchment. Their longevity – maybe a hundred years – might then make them candidates for unusual animals. They would not occur naturally in Loch Ness and would only breed above 20ºC. Neither theory makes any particular correlations with what is reported as seen. There are many other explanations for this; they merely address biological possibilities.”

It is possible that a wels catfish could have been sighted and mistaken for a monster in both bodies of water, but there is no evidential basis to this claim. Until wels catfish are shown to exist in these lakes I feel that we should be looking at the species that live in the lake as the most likely candidates for misinterpreted monster sightings.

Let’s not create another monster that may not live in the lakes at all, based on hearsay and hunches – we’ve already got enough of those!

Postscript: The wels catfish that were in the Lakes Aquarium were moved to Brayton Park Golf Club near Aspatria

Hayley Stevens can often be found sitting in haunted buildings or out in the wilderness of her home county of Wiltshire hunting for monsters; but you would be mistaken to consider her a “woo”. Though such a label would have been correct years ago, today she has gained a reputation as a no-nonsense paranormal researcher who tackles claims of paranormal occurrences with a rational approach. Hayley is best known for her work on the Righteous Indignation Podcast. She is also the producer of The Ghost Field Guide Podcast, is the co-founder of Wiltshire Phenomena Research and BARsoc, and the founder and host for Bath Skeptics in the Pub.