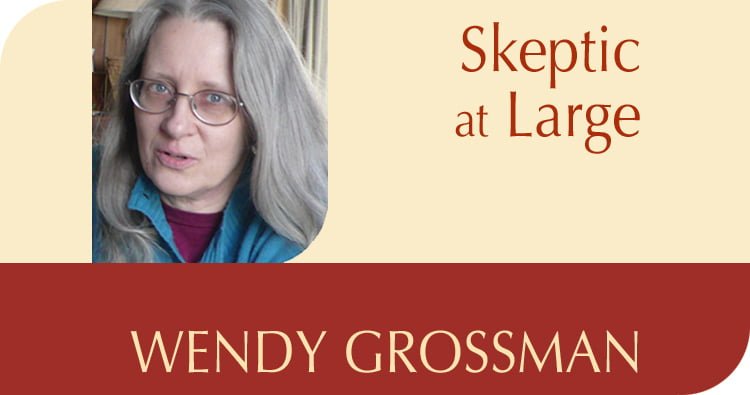 “WE HAVE BEEN FIGHTING ‘alternative facts’ for decades, haven’t we?” a fellow long-serving skeptic said recently.
Indeed we have, even though it never occurred to either us or the people whose “facts” we disputed to call them that. The things we as skeptics have talked about for so long are suddenly mainstream concerns: why do people believe these things? Or, as Chico Marx (confusingly, dressed as Groucho) put it in Duck Soup, “Who you gonna believe – me, or your own eyes?”
The term, for those who have been avoiding the news
lately (and who can blame you?), came from Kellyanne Conway, a senior advisor to US president Donald Trump. The newly appointed White House press secretary, Sean Spicer, following Trump’s lead, had claimed in his first White House press conference that Trump had drawn the largest-ever
audience for an inauguration. Pesky things, photographs: they told a different story. So the host of NBC’s Meet the Press asked Conway: what about it? And she said: “Our press
secretary gave alternative facts”.
Pesky things, news hosts; this one – Chuck Todd – responded, “Alternative facts aren’t facts; they’re falsehoods”. Later in the interview, Todd tried again to ask Conway why Spicer had said it. “Think about what you just said to your viewers. That’s why we feel compelled to go out and clear the air and put
alternative facts out there.” Um…huh?
Conway here seems to be channelling a different movie character, Slick Henderson, in 1988’s Baja Oklahoma, who, having claimed to have spent the night in a hammock that his wife informed him had been taken down weeks before, said: “Well. That’s my story, and I’m sticking to it.”
Besides this institutional embrace of falsehoods, the election – and the EU
referendum in this country – has inspired much concern about “fake news”. These are stories whose writers and promulgators care only whether they get advertising revenue-producing clicks and not whether there is any truth behind them. In the history of media, this approach really isn’t at all new; it’s the business model many tabloids were built on, from the National Enquirer (in the US) to the deceased Sunday Sport in the UK. Similarly, much of the kind of abuse people complain about on Twitter is the democratisation of the kinds of attacks frequently seen in the Daily Mail or any part of the Murdoch press. Questionable facts are the bedrock on which Fox News – “fair and balanced” – is built. This is not just about rogue sites and the village of Macedonian teenagers who’ve found writing shock-click stories a way to make some nice cash.
As the veteran journalist Walt Mossberg has written at the site he co-founded, The Verge, the fundamental problem is that the business model supporting commercial journalism creates no incentives that favour publishing truth. Since the election, a campaign called Sleeping Giants has been
notifying major advertisers when their ads appear on the alt-right site Breitbart; more than 800 have now blocked their ads from appearing on the site. It’s apparently a polite campaign. I’ve even done similar things in the past myself, pointing out ads selling term paper writing services and even shadier organisations to publications in order to stop their
appearance. It’s still uncomfortable, in that similar campaigns have often been used in the past to push censorship agendas, most notably Hollywood’s Hays Code.
Many of the habits of human psychology that Chris French so often talks about to explain why people believe what they do are important factors here. In particular, confirmation bias means people more easily believe the things that appear to support their preconceived ideas than those that are
contradictory. Plus, we’re more inclined to believe the things our friends believe or that come to us through sources we and our friends trust.
The trouble with all this fine analysis – and there’s a lot of it going around – is that it’s not clear how many people believe these stories or even care if they are being told lies. You can even argue, as a friend of mine does, that although Trump promulgated many “alternative facts” on his way to the presidency, he also told a deeper truth that his more factually precise opponents typically refused to acknowledge: many people have indeed been hosed by the approach that has prevailed over the last decades.
The upshot of all this is that great danger lurks in the proposals to control the creation and spread of fake news. Yes, there are limits to free speech – shouting “Fire!” in a crowded theatre is the usual line – but it’s hard to conceive regulations that won’t be turned against the legitimate press in destructive ways. Trump has already lavelled CNN and the New York Times as
purveyors of fake news. We know we don’t want a regulatory system that penalises people who are genuinely trying to serve the public interest for making honest mistakes; nor do we want a system that gives powerful people a weapon to
demolish anyone who dares to poke into their secrets. The skeptics have generally not favoured censorship, and I
certainly hope we aren’t going to start now because it always backfires.