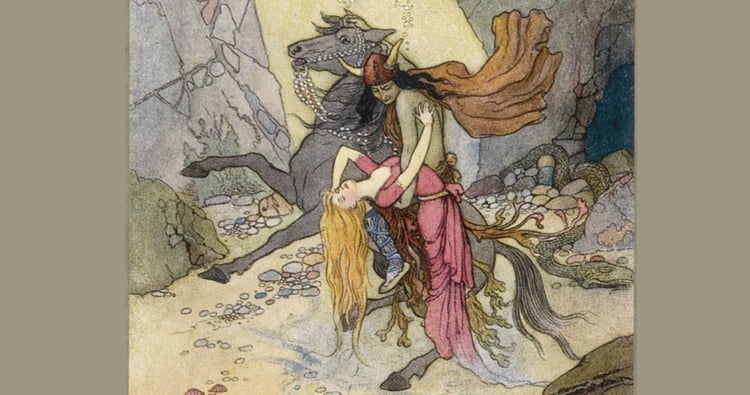 ‘Water Horses’ of all varieties were usually reckoned to be male. Freshwater kelpies, Highland Each Uisge, Manx Cabyll-Ushtey all preyed on humans, sometimes leaving just the liver to float forlornly to the shore after its owner had been consumed.

In the form of a horse, the supernatural creature would tempt people onto its back (which sometimes lengthened to accomodate a crowd) and then darted into the water to drown them. The offspring of a water-horse and a natural mare produced a foal that was impossible to drown.

The Satanic aspect cast over most fairy lore is apparent with Water Horses too, as Robert Burns Address To The De’il (‘Devil’) shows:

“Then water-kelpies haunt the foord,
By your direction,
And ‘nighted trav’llers are allur’d
To their destruction”

It is hard to establish the home form of these beings. They were reckoned to shape-shift from horse to handsome (or wild) man, in which form they were able to approach and perhaps seduce a human woman – a rather traditional take on predation.

Parallels with other European Wassergeists are hard to avoid.