An Extra Date Added due to Popular Demand 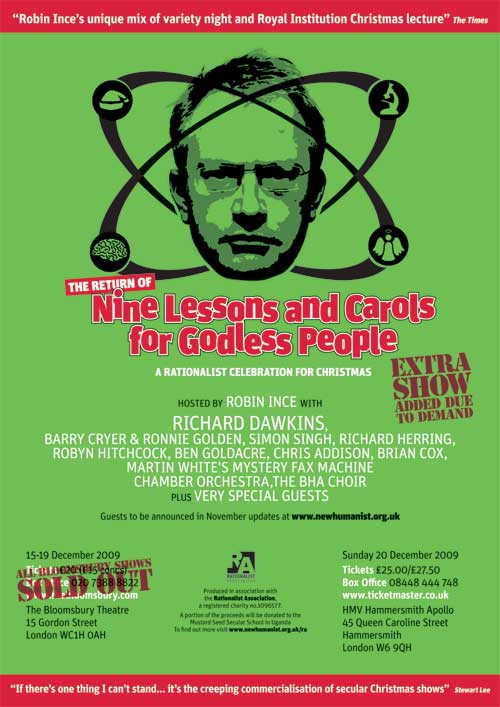 Tickets are available for the return of 2008’s sold out show of science, song and some interpretative dance.

This is not an attack on religion, but a family friendly celebration of science and the rational world.

Last year saw Jarvis Cocker singing I Believe in Father Christmas with a 25 piece orchestra before Richard Dawkins took to the stage to talk of cobwebs followed by a Top of the Pops dance to Harry Nilsson’s Can’t Live if Living is Without You.