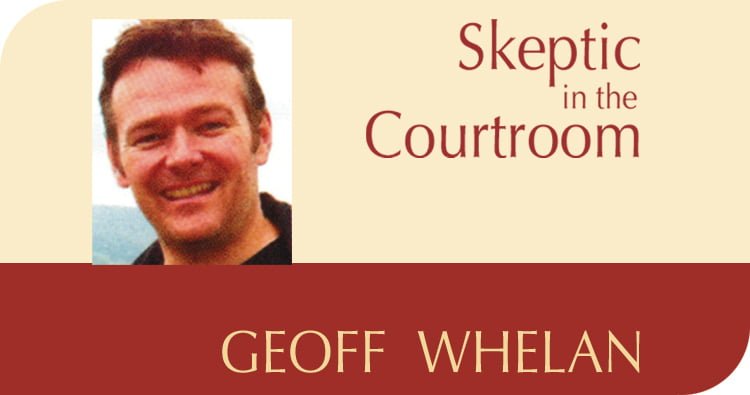 Summer holidays are a great excuse to dodge deadlines and this year was no exception. When I should have been penning this column I was shamelessly sunning myself by the pool wading through my reading list. One of the books was the rather provocative Homo Deus: A Brief History of Tomorrow by Yuval Noah Hariri. This is the wrong section of The Skeptic to review the work, so I’ll leave that to others. Hariri is a historian, apparently a very good one. However here he’s turned his considerable analytical skills not to the past but to the future. And he makes some very frightening and plausible predictions. From the Industrial Revolution the advancement of technology has always threatened traditional jobs. For example machines can almost always perform better than humans in tasks such as harvesting crops, assembling cars and printing newspapers. Jobs that machines do better have simply withered away. As a consumer society we have embraced the fruits of mass production whilst not always appreciating the consequences. We march to the relentless drum of progress. The newest iPhone or Amazon Echo is the next must have gadget, Facebook is everywhere and Google has become a verb. But it is these companies and others like them, that will radically change the future of employment. And they will change it with AI.

The driverless car, for example, is very close to a practical reality. In the US there are currently 1.7 million people employed driving trucks. Every single one of those hauliers could be out of a job in the space of a few years. Price Waterhouse Cooper1 published a report in March this year suggesting that AI and robots could threaten up to 30 percent of UK jobs within a little over a decade. The headline says “The risks appear highest in sectors such as transportation and storage (56%), manufacturing (46%) and wholesale and retail (44%), but lower in sectors like health and social work (17%)”.

What about law? Given that most of my colleagues jealously hang onto ancient horsehair wigs and have only just given up the use of a pen and quill surely my chosen profession is safe? The robot judge from Futurama is science fiction. You can’t automate an advocate and a jury of 12 men and women doesn’t usually include C3PO and R2D2. But it seems even law is not immune from advances.

A recent study2 published in PeerJ Computer Science set out not only to analyse the Judgements of the European Court of Human Rights but to predict them as well. The techniques used are beyond my understanding as a lawyer but it seems to boil down to natural language processing and machine learning algorithms. The researchers analysed hundreds of decided cases from the court dealing with particular breaches of articles 3, 6 and 8 of the European Convention on Human Rights (ECHR). Those are the articles prohibiting torture, guaranteeing the right to a fair trial and guaranteeing a right to respect for family life. The computer ‘read’ only the facts section of the judgements, which in essence set out the nature of the complaint and the alleged violation of the article concerned. From that analysis, the computer then produced its own decision as to whether there had been a violation or not. In effect, it listened to the arguments and came to its own conclusion. In a staggering 79% (on average) of cases it reached the same conclusion as the European Court of Human Rights. A number of clearly well qualified computer scientists (and a law professor from my alma mater, Sheffield University) contributed to the research. But it is no coincidence that the lead author of the paper is employed by Amazon.com. 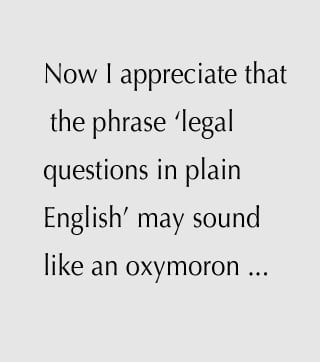 Other deep learning programs are already used by law practices in the US. Ross Intelligence3 has been up and running for around 2 years now. Described as the world’s first artificially intelligent lawyer at first blush it seems like a search engine. Ross ‘practices’ as an insolvency and bankruptcy lawyer, and if the US jurisdiction is anything like the UK’s that’s a particularly complex area of law to practice in. A bankruptcy attorney would undoubtedly spend an awful lot of time researching precedents, checking whether legislation has been updated and reading practice directions. It may be that I’m a bit slow but in my area of crime I can spend hours researching the law in order to draft advices and skeleton arguments. Ross has the capability to do this far quicker. I normally use Westlaw, an online library, for research which operates using keywords in much the same way Google works. Ross however is rather more sophisticated as he (it?) can be asked legal questions in plain English. Now I appreciate that the phrase ‘legal questions in plain English’ may sound like an oxymoron but it really is a huge leap forward in natural language recognition. Ross will check every relevant case and every relevant statute in its vast database. It gives results with a high degree of confidence and it’s already making a difference to billable hours for the US firms. Is it putting lawyers out of business though? Well, not quite. Ross seems to be very good at the grunt work, the important behind the scenes research necessary to mount a case. He will certainly make a legal practice more efficient. However he can’t appear in court, he’s probably not very good at conferences with clients and he almost certainly can’t negotiate with other parties in legal proceedings.

Other more prosaic developments are showing that algorithms can do at least some of the work of lawyers. A 19 year old Stanford University student, Joshua Browder has developed the website DoNotPay.co.uk4. Offering rather more useful advice than certain Freemen of the Land websites I could mention, his site enables the general public to fill out a few basic details about a parking fine and then generates the relevant paperwork to challenge the ticket. His site has a success rate of around 64%, it’s saved the public millions and it’s free. That alone will worry some lawyers or perhaps more the Parking Firms.

The programs I’ve mentioned are only a handful of those available. They aren’t true AI but they do have the capacity to do a lot of the work already done by lawyers and we are simply going to have to adapt to it. I’ll comfort myself with the thought that in my favourite dystopian future, Judge Dredd was at least human.