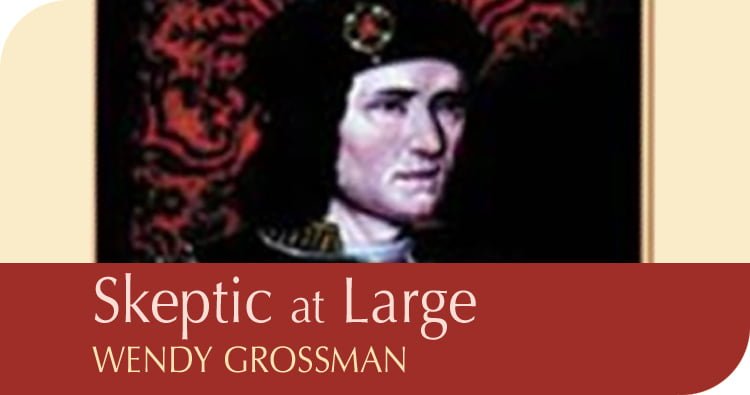 I first learned to be a skeptic in high school. Pause. Modify. I think I was always naturally a skeptic – or, as my mother frequently put it, “Everything I say, you always give me an argument.” But in high school there were two occasions where basic principles about how to be one presented themselves.

By the time of these two incidents, we had already read (in eighth grade, when I was 12-13) Isaac Asimov’s The Human Body: Its Structure and Operation. I have not reread it since, but as I recall it was more than just a guide to human anatomy; I think I came away from it with some basic idea of how medical treatments were tested. And I’m practically certain it was where – in 1966 – I read about developing antibiotic resistance for the first time. I remember concluding that the thing to do was to not take antibiotics unless it was absolutely necessary. If only other people had done the same …

The second incident was in 11th grade history class. The subject that year was American history, and as you might expect the (American) Civil War loomed large. At some point in the discussion, Anne raised her hand in outrage. “That’s not what happened!” she protested, and proceeded to give an entirely different account of the events the teacher had just been discussing. She was upset, as you would be if you believed any teacher was dispensing falsehoods.

Anne had grown up in Texas. We were in New York. There it is: even in 1970, more than a century later, the two sides had a different set of facts about what happened. It was an impressive – if unintended – lesson about points of view, received wisdom, and cultural differences in what you are taught. 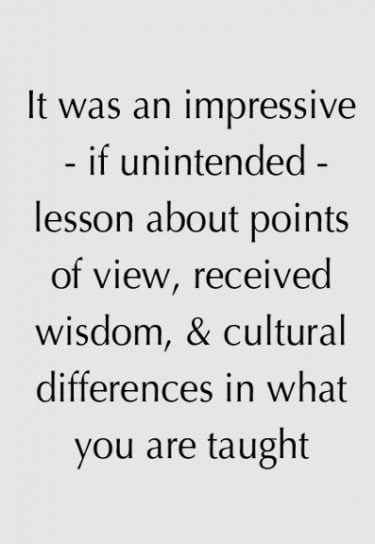 The first incident was a year earlier, and it was intentional. We had a new teacher for tenth grade history – that is, not just new to us but new to the school, which had hired several new and younger teachers (one of them the teacher of that American history class) that year. She was smart, funny, and possessed of an attractive voice, all good qualities in a teacher. She was also unorthodox in a school where some of the teachers appeared to have been teaching the same class for so long that even their jokes had become part of their standard annual lesson plan.

Our first homework assignment was this: read Josephine Tey’s 1951 novel, The Daughter of Time, and summarise the evidence for and against the theory that Richard III killed the princes in the tower. I had read others of Tey’s novels, but not that one, which was that decade’s exoneration of Richard. Tey’s usual detective began studying the matter as something to do while he was trapped in the hospital while recuperating from an injury. (Because his investigation was piqued by an image of the portrait in the National Gallery, years later as an adult it was one of the first things I went to see in London.) By the end of the book, he is convinced that the guilty party is Henry VII.

The point – and the reason this teacher was one of the few I liked and respected at that age – was to help us understand the nature of evidence and how “knowledge” is constructed, and to get us to think critically about the quality of the case that’s being made. That the book we used was also entertaining was a bonus, of course.

Tey’s conclusion was undeniably sympathetic to Richard, and you could make the argument that the book should have been paired with an anti-Richard tome. But Tey – and I have reread this book since – was, I think, pretty even-handed about presenting the case, examining the most often-cited contemporary sources and attempting to apply the first principles of investigation. Where she couldn’t really play fair was with respect to her characters: she needed us to like her series detective, Alan Grant, and believe in his acumen and investigative ability. Allowing doubt about Grant’s conclusions would undercut all the rest of the novels he appears in. In 1990, I read, the Crime Writers Association voted The Daughter of Time the greatest mystery novel of all time. 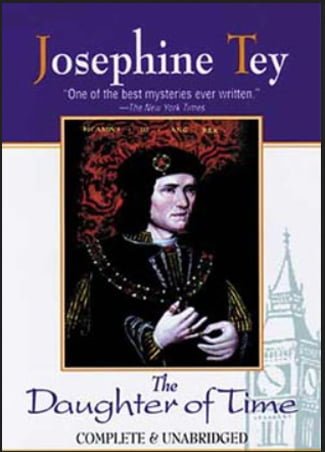 Today, this sort of experiment in understanding how knowledge is curated is available for free at a second’s notice to everyone: just go to Wikipedia, pick a contentious issue, and study the Talk page. Yes, that community can get bogged down in minutiae. The site’s community of editors is so famous for this that there’s a page listing their biggest controversies – and another for its lamest edit wars. And yet, these are all decisions that every editorial board has had to make, but for the first time these decisions are being made in the open, rather than in secret, and we can audit them and understand how the sausage is made. The lessons I learned in an exclusive high school are now much easier for everyone to access.

The teacher who assigned Tey was widely admired and liked by her many hundreds of students over the years. Indirectly, she’s left her imprint on millions of TV watchers: one of her sons is Joss Whedon.