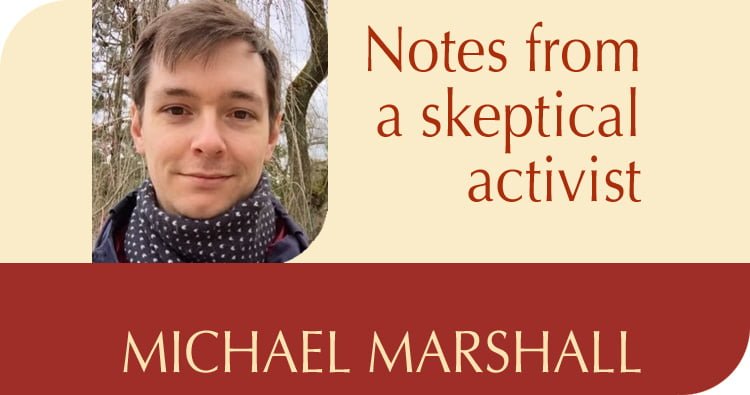 The announcement on Friday 21st July that NHS England intends to prevent GPs from prescribing homeopathic remedies was greeted with justifiable excitement by, essentially, anyone who prefers NHS resources are not frittered away on pseudoscience. However before we declare this a decisive victory for rationalism, it’s worth understanding where the announcement came from, what it means, and what happens next.

Since 1985, the Department of Health has had the legal duty to maintain the NHS ‘Blacklist’ – the list of over 3,000 products that are not allowed to be prescribed, officially known as Schedule 1 to the National Health Service (General Medical Services Contracts) (Prescription of Drugs etc.) Regulations. Some products are banned because they are not cost-effective, others are blacklisted because cheaper alternatives are available, and some products are on the list because there is no good evidence they are effective.

When we at the Good Thinking Society became aware of the blacklist in 2015, it seemed clear to us that homeopathy fell into a number of those categories. We wrote to the Department of Health highlighting that, as far as we could see, there was no lawful reason to refuse to blacklist homeopathy. After several months of correspondence, they finally agreed to hold a formal consultation on adding homeopathy to the list. For more than 18 months, we have been encouraging them to keep that promise, but Brexit and a General Election have somewhat got in the way.

Meanwhile, in March of this year, NHS England announced a cost-cutting exercise, identifying treatments they deemed to be ‘low-value’ with a view to preventing GPs from prescribing them. Such low-value treatments included, for example, effective treatments which can be purchased over the counter inexpensively (such as paracetamol), as well as other treatments which are wholly ineffective. Given that homeopathy has never been proven to be effective for any condition, we were surprised to see it omitted from the announcement.

Since March, bearing in mind their earlier commitment, we’ve been writing to NHS England and the Department of Health urging them to include homeopathy in the consultation. So when last month’s announcement showed homeopathy had been made part of the review, we were delighted.

As promising as this announcement is – and I do believe it is a very significant step forward – it is important to remember that this is a consultation, not a final decision. NHS England have put forward their position: that NHS homeopathy should be stopped because it is “a placebo and a misuse of scarce NHS funds which could be better devoted to treatments that work.” It is a strong statement, and one we wholeheartedly agree with. As of Friday July 21st, that proposal is the subject of a public consultation which will remain open until October 21st.

We can be sure that homeopaths and homeopathy trade groups will be planning to take part in the consultation and will argue that homeopathic remedies should continue to be available on prescription. It is vital that skeptics, rationalist, interested organisations and other members of the public take the time to make their voices heard, and to submit their thoughts on NHS England’s plan to end homeopathy prescriptions. Taking part is simple, and it will take less than five minutes to do, but its importance and impact cannot be overstated.

Although important, the result of this consultation will only apply to GP prescriptions in England, and it accounts for only a fraction of the NHS money spent on homeopathy. In 2016/17, the NHS spent around £92,000 on prescriptions for homeopathy, but the total NHS budget for homeopathy is £5m annually. The rest of homeopathy expenditure is through regional Clinical Commissioning Groups (CCGs), and their direct homeopathy services. Fortunately, the signs are clear that support for homeopathy among those groups is rapidly drying up.
In 2014, there were 31 CCGs in England funding homeopathy – a fact I gleaned having sent FOIs to all CCGs in the country and mapping out those who commissioned a homeopathy service. This was the start of Good Thinking’s NHS homeopathy campaign, which was officially launched at the QED conference in Manchester. The QED attendees were generous enough to raise almost £8,000 to help us run our campaign – funding that provided vital resources for our charity as we navigated our way through the large, complex and bureaucratic structures of the NHS and the Department of Health.

Our data showed that homeopathy funding was mostly limited to the North West, South West and London regions – locations, at that time, of the homeopathic hospitals. Prompted by questions we raised, NHS Liverpool CCG had a public consultation regarding their homeopathy funding, which resulted in their decommissioning the service in June 2016. Four months later, their neighbours in NHS Wirral CCG followed suit. With expenditure having also ended in Halton, Knowsley, and Central Manchester, October 2016 saw an end to NHS homeopathy in the north of England.

In the South West, six CCGs clustered around the Bristol Homeopathic Hospital had spent a combined £299,000 on homeopathy in 2013/14. When the hospital closed its doors in 2015 that expenditure fell to £184,000, with NHS Dorset CCG ending its homeopathy service completely. With figures for 2016/17 pending, it would be a surprise if that expenditure hadn’t fallen further.

The situation in London remains unclear, with the Royal London Hospital for Integrative Medicine (formerly the London Homeopathic Hospital) offering homeopathic remedies to patients seemingly in spite of policies from CCGs in the region not to fund the treatments.

However, there are signs that the national decline in support for homeopathy may be about to happen in London: NHS Camden CCG recently undertook an audit of their patients at the RLHIM to identify any homeopathy spending, and NHS Enfield CCG’s decision to decommission their homeopathy service is expected in the coming months. We are hopeful that other London CCGs will follow this lead, bringing an end to the estimated £3m spent on homeopathy in the capital.

While the consultation on homeopathic prescriptions will not directly affect decisions to decommission homeopathy in Bristol and London, if homeopathy prescriptions are brought to an end it will surely add weight to the calls to end homeopathy commissioning in both regions. All the more reason, then, to ensure that everyone who appreciates the importance of evidence and reason in healthcare takes the time to ensure their views are heard in the consultation.
The announcement of the NHS England consultation was hugely encouraging for UK skepticism and for everyone who has campaigned hard over the years to make this happen, but it is not yet a victory.

However, with a strong response to the consultation from reasonable, rational voices, there’s every chance that the last days of NHS homeopathy are fast approaching.

Michael Marshall is the Project Director for the Good Thinking Society – a charity headed up by Simon Singh to promote reason and challenge pseudoscience.